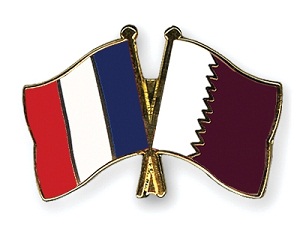 Qatar’s Minister of Economy and Trade HE Sheikh Ahmed bin Jassim bin Mohammed Al -Thani has expressed desire to continue building and structuring a privileged partnership with France on the solid foundation laid together for several years.

HE the Minister cited the statement of HH the Emir of Qatar Sheikh Tamim bin Hamad Al -Thani during his meeting with President Francois Hollande that France and Qatar maintain strong and sustainable economic relations.
“It a pride for us as Qataris to achieve in France long-term investment, not turned to the immediate benefit but carry a genuine economic and industrial vision, to support businesses and their future plans”, HE the Minister noted.

HE the Minister said that It is in this sense that we regularly invest in the pioneering French industry of jewels such as Lagardere, Vinci, or Veolia, which create job opportunities across the French territory, adding that It is also in this context that we attach great importance to the success of French SMEs that we support via a mutual fund with the Caisse des Depots, which has been operational since February 2014. Qatar plans indeed to continue and strengthen such significant investments in France, HE the Minister noted.

In addition to investments in France, Qatar has also chosen to trust the French excellence to design and deliver advanced equipment in infrastructure, particularly transport, HE the Minister said.
HE the Minister said that the contracts we have just concluded, including Alstom, Vinci, and Systra constitute an immense satisfaction, thanks to the French expertise through which we can equip the city of Lusail with an advanced tram , which will greatly improve the conditions of the public transportation , and would create jobs opportunities . This is one of the main objectives of Qatar in its relations with France, HE the Minister added.

HE the Minister noted that the friendship that binds us to France, is mutually rewarding, but it’s not without challenges our two countries. The opportunity to discuss openly all political and diplomatic issues is a unique one which we welcome, HE the Minister added.

“This is a constant and constructive dialogue with the government and French economic actors that we will guarantee the success and sustainability of our partnership” , HE the Minister stressed .
HE the Minister said: “through exchange and dialogue, we create significant opportunities for our two countries, and we want them to grow and multiply in the coming years”.