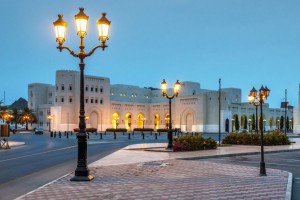 Oman’s conventional banks have delivered a strong growth in net loans and advances, which reached OMR17.41 billion in the first quarter of the current year. The figure indicates a robust growth of 11.6 per cent from OMR15.59, the figure reported for the same period in 2014, the Times of Oman reports.

The rise in credit facilities signals an uptick in economic activity as government expenditure continues at a strong pace, unaffected by the plunge in oil prices in the international markets.

In this context, Hamood Sangour Al Zadjali, executive president of the Central Bank of Oman CBO delivers an upbeat prognosis of Omani banks’ credit growth. He says that credit growth for the whole year (2015) would be in double digits and would probably hover around ten per cent.

Furthermore, the corporate sector will drive the demand for credit higher in the second half of the current year, a fact that highlights a growing confidence in the industrial sector. It is also noteworthy that Oman’s conventional banks’ deposits picked up by 4.6 per cent to OMR17.96bn by the end of March this year, while total assets reached OMR26.22bn.