Dubai’s blue-chip Emaar Properties rallied on Tuesday after posting estimate-beating earnings, spurring buying across the market and lifting the bourse to a near five-year high. 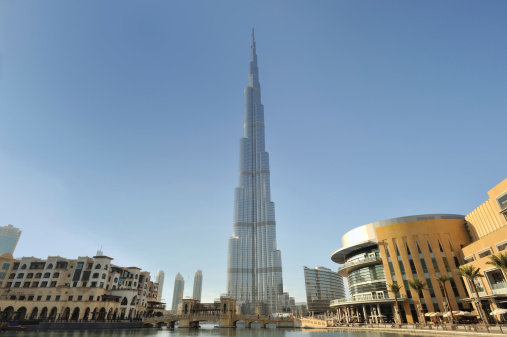 The emirate’s largest developer posted a 10 percent increase in profit on higher domestic sales. It beat analysts’ estimates by a margin of 20 percent.

“Valuations have filled up in the UAE over the last two to three quarters and for the value to be justified, the fundamentals need to have legs – that’s what Emaar’s strong numbers provided,” Amer Khan, fund manager at Shuaa Asset Management, said.

Dubai’s index rose 2 percent to its highest close since November 2008, recovering ground lost by profit-taking in the last few sessions.

Emaar is a broader gauge for Dubai’s economy that relies heavily on the real estate and tourism sector. Strong growth from the firm adds to certainty on the emirate’s outlook for coming quarters, Khan added.

A jump in Emaar’s retail revenues from Dubai Mall, one of the largest and busiest shopping centres in the region, could push an upward revision of the stocks’ fair value, Loic Pelichet, assistant vice president of research at NBK Capital, said in a note.

In Doha, the benchmark gained 0.3 percent, rising for the first session in last three since Thursday’s 58-month peak.

The market traded for shorter hours on Tuesday after a late start to the session due to technical problems at the exchange.

Zain shares rose 0.5 percent but also lifted the sentiment in the banks and those exposed to the firm’s debt.

The index rose 0.9 percent to 7,864 points, halting a four-session losing streak and climbing to a near 16-month high. It faces resistance at 7,944 points – the peak of April 2012. Trading volumes surged to their highest since June 17.

In Egypt, the benchmark index snapped a four-session losing streak and gained 0.8 percent.

In Cairo, the European Union’s foreign policy chief Catherine Ashton tried to mediate a compromise between the interim army-backed government and supporters of ousted President Mohamed Mursi, who have carried out mass sit-ins since the weekend. Ashton said on Tuesday she had met with Mursi.

Investors are optimistic the government will push ahead with its roadmap to elect a parliament within six months and spur the economy.

Local Egyptians were net buyers, according to bourse data.