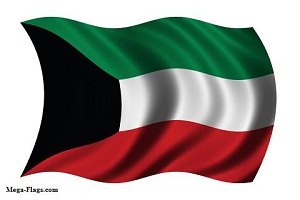 Kuwaiti entrepreneurs, 15 years after Government authorities began supporting small and business enterprise, have made noticeable success at the domestic and Gulf levels.
Their success raised eyebrows, particularly during the “third Gulf forum for small and medium enterprises,” hosted by Kuwait on April 14-15, when they grabbed most of the first ten awards for business excellence.
To determine “the magical recipes” for their success, Kuwait News Agency (KUNA) has interviewed those pioneering Kuwaiti entrepreneurs, who also shed light on some of the hurdles they often face.
Talking about the Gulf forum, Dawood Maarefi, the chairman of its steering committee and the Chief Executive Officer of “Al-Shiraa Company,” said the annual gathering aims at promoting Gulf commercial trade marks. A contest is held during the workshop to grant awards to the best enterprise in the regional countries.
The top 10 winners, he added, are dispatched to Australia to represent Kuwait and the other GCC states at the G20 Summit, where more than 500 entrepreneural initiatives from various corners of the world are showcased.
As to criteria of choosing winners, Maarefi said jurists examine the idea behind the project, its sustainability, the entrepreneur’s personal traits, presentation of the project and its proceeds.
The judging board includes representatives from Gulf institutions and authorities that support these ventures, such as the Saudi “Al-Me’awiyah” fund, Khalifa Fund for Enterprise Development of the UAE, Mohammed Bin Rashed Al-Maktoum Foundation, Oman’s national fund for the development of small and medium enterprises and Qatar Investment Fund.
Main objective of the Gulf forum, hosted by Kuwait annually, is paving way for opening up the Gulf markets to these businesses, Maarefi said, also indicating at bids to hold it once every three months in one of the other GCC countries.
“Personally, I believe Oman is currently distinguished with one of the best experiences in supporting the small and medium projects; followed by the UAE,” the Kuwaiti businessman opined.
Ghazi Al-Hajeri, one of the winners, spoke to KUNA about one of his successful projects; a makeshift soccer field, installaed at a commercial mall, with surrounding audio-visual effects.
The project, launched some six years ago, has proven successful despite some hurdles, the Kuwaiti businessman said. It was first launched in Saudi Arabia and the UAE, namely at Dubai Mall.
Goal enterprise writes on its website: “Early in 2008 we embarked on a journey to bring the peopleآ’s game to every neighbourhood in Kuwait. Today, with multiple facilities in operation or under construction, we are edging evermore closer to our goal. This is even truer today as we have crossed Kuwait borders and started our international expansion.
“Equipped with state of the art football turf, our multiple fields offer players of all ages an unmatched safe and pleasant environment to practice and enjoy their number one sport, football. Lights, electronic scoreboards, parking areas in close proximity, spectators seating, washrooms, drinks and snacks, footballs and air pumps, on-line booking, centralized reservations telephone number, customer service desk etc.. all contribute to making your football experience an enjoyable and memorable one.” Mohammed Al-Suraye’s, director of Dawrat Com. project said his enterprise ranked third in the Gulf contest, explaining that it encompasses planned training courses in Kuwait.
A number of international companies have shown interest in the venture and have expressed desire to contribute and elevate it to regional and internal levels, he added.
Founder of Dear and Dear enterprise Mohammed Al-Anjari told KUNA that his company trades in Gulf traditional costumes and dresses. As to problems he faces, Al-Anjari noted lack of plots, high rents and shortage of skilled labor.
Marzouq Al-Mutairi of Inner Works said his factory manufacture cement and construction materials for internal decoration. He praised the Industrial Bank of Kuwait that supported his project, but he complained of high costs of storage and accomodations.
Chairman of Kuwait Food Concepts Basel Al-Salem, who earned an award for Burger Boutique Restaurant, said he launched the business in 2005 with conventional burgers, but later he shifted to health and organic food. It has branches in Saudi Arabia and Qatar, currently.