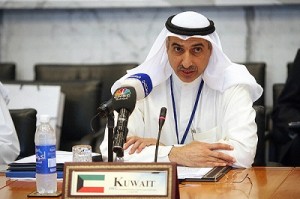 Managing Director of Kuwait Investment Authority (KIA) Bader Al-Saad said Wednesday the volume of KIA’s investments in Germany tripled in the last decade and grew by 80 percent in the last three years.
“KIA maintained a strong and sustainable presence in the German economy, which is the largest in Europe, over the last five decades,” he said, noting that the Authority maintains close ties with German banks and investors.
Al-Saad is a member of the senior-level delegation accompanying the First Deputy Prime Minister and Foreign Minister Sheikh Sabah Al-Khaled Al-Hamad Al-Sabah on a visit to Germany on the occasion of the 50’s anniversary of the diplomatic ties and the 40th anniversary of the KIA-Daimler Group partnership.
On Kuwait stake in Daimler Group, he said Kuwait used to hold 12 percent equity until the auto-merger deal between Daimler-Benz AG and Chrysler Corp. in late 1990s when the Group issued additional shares for shareholder, thus bringing down the percentage to 6.9.
A-Saad ruled out the intention of KIA to reduce its investments in Germany, saying: “While tapping the promising investment opportunities, we look at the German economy as a whole in order to ensure mutual benefit”.