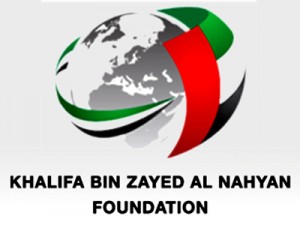 The Khalifa bin Zayed Al Nahyan Charity Foundation has announced that it would launch, with effect from the next academic year a new initiative, whereby healthy meals would be provided to students at subsidised prices.

Mohammed Hajji Al Khouri, Director-General of the Khalifa Foundation expressed his pleasure about the support of President His Highness Sheikh Khalifa bin Zayed Al Nahyan to the students so as to score higher academic grades.

He also thanked His Highness General Sheikh Mohamed bin Zayed Al Nahyan, Crown Prince of Abu Dhabi and Deputy Supreme Commander of the UAE Armed Forces and H.H. Sheikh Mansour bin Zayed Al Nahyan, Deputy Prime Minister, Minister of Presidential Affairs and Chairman of the Khalifa Foundation, for their follow up and providing whatever it takes to make the students successful.

Addressing the ceremony to honour the educational officials in charge of the students’ assistance programme, Al Khouri said in accordance to the directives of Sheikh Mansour, the new initiative would cover students in half of public schools nationwide.