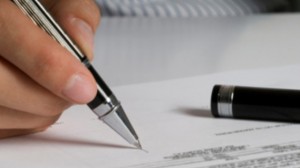 Apex-Brasil has established its regional hub in Jafza in 2009 and has been instrumental in expanding Brazilian presence in the region ever since. It operates an incubation centre in the Free Zone to support Brazilian businesses to explore and access business opportunities in the region’s rapidly expanding markets.

Jafza Roadshow in Sao Paulo included one-to-one meetings with several manufacturers and exporters interested in the Middle East markets besides meeting with senior officials of Osasco City Commercial Association, which helps companies based in the city of Osasco to expand both regionally and internationally and FIESP, the industrial and logistics chamber of Sao Paulo.

During its Roadshow in Sao Paulo Jafza hosted two seminars titled “Dubai-your Gateway to the MEA, CIS and Indian subcontinent” that highlighted Jafza and Dubai’s status as the Middle East region’s trade and logistics centre and “Dubai’s Plan to become an Islamic Economy Hub”, which highlighted Dubai’s vision to become a global hub of Islamic Economy, particularly EZW’s recent initiative to develop Halal Zones that are envisioned to evolve into the global hub for Halal products.

Jafza seminar “Dubai-your Gateway to the MEA, CIS and Indian subcontinent” was attended by more than 80 leading companies in Brazil besides top officials from the Arab Brazilian Chamber and Apex-Brasil and the UAE Consul General in Brazil.

Jafza’s key note address and presentation on the main subject focused on Jafza’s key value propositions as the region’s premier business hub. Jafza seminar also included a presentation from M Cassab, a Jafza based Brazilian company, dealing in cosmetics, who has posted remarkable growth in its operations in the region since its inception.

Adil Al Zarooni speaking at the Seminar said: “Brazil and UAE enjoy very robust bilateral trade relations. The UAE is a major importer of Brazilian agricultural products in the region but huge growth possibilities still remain untapped not only in the agricultural sector but in electronics, textile, fashion, cosmetics, healthcare to steel and transport equipment sectors. Massive investments on developing economic and social infrastructure in the region that Jafza as a hub serves open huge opportunities for Brazilian companies. Our Roadshow and Business Seminar in Brazil seeks to create greater awareness of the opportunities in the Middle East and CIS among Brazilian businesses and attract them to Jafza, which is the business and logistics hub of the region. In terms of agro-products EZW’s upcoming Halal Zones offer huge opportunities for Brazilian companies in the food sector.” Jafza’s 2nd seminar “Dubai’s Plan to become an Islamic Economy Hub” was attended by Brazil’s leading corporate including financial advisors, auditors and consultants as well as hedge funds besides the CEO of Dubai Islamic Economy Development Centre, who gave overview of Dubai’s vision.

Jafza in its presentation talked about the key features of the upcoming EZW Halal Zones.

EZW, in collaboration with Dubai Islamic Economy Development Centre (DIEDC), announced in February this year the plan to develop two world-class Halal Zones, specifically designed to cater to the regional and international Halal Product markets. The move aims to position Dubai as a “Global Hub for Halal Products”.