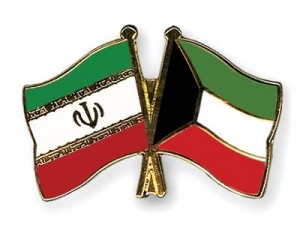 Undersecretary of Kuwait Commerce and Industry Ministry Abdulaziz Al-Khaledi said Monday good results of the 12th session of Kuwaiti-Iranian trade committee would have a positive impact on bilateral relations.
“The deliberations took place in a cordial atmosphere driven by a true will to attain sought after cooperation,” Al-Khaledi told KUNA after conclusion of the session’s meetings earlier today.
The session kicked off yesterday to tackle means of boosting bilateral trade cooperation.
Expansion of trade, economic, industrial, investment and maritime transport cooperation, as well as holding joint exhibitions and exchange of visits were all included in the meetings’ minute.
Al-Khaledi said that the Iranian side showed interest in beefing up such cooperation through proposing joint investment ventures in the areas of hotels’ construction, industrial zones, transportation, safety and security regulations in ports and in wooden boats.
He added that the Kuwaiti side requested from the Iranian side to consider reducing customs’ tariffs on Kuwaiti exports to Iran.
Other agreements included the re-activation of the MoU on exports, the signing of aerial transport agreement and adopting the final draft of the MoU on civil aviation training and customs cooperation, said Al-Khaledi.
Kuwait’s delegation to the committee session was headed by Undersecretary Al-Khaledi and included representatives of a host of ministries and government bodies. The Iranian side was headed by Minister of Commerce and Industry Waliullah Afkhami.