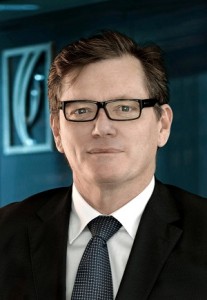 Emirates NBD, a leading bank in the region, announced todaythat it has crossed the 200,000 mark for fans on its official Facebook page. The major milestone makes Emirates NBD the largest followed bank on Facebook in the UAE.

“Crossing the 200,000 mark on Facebook is a major milestone for Emirates NBD, since social media is a critical platform for the bank to engage with customers by participating, listening, learning and sharing,” said,Shayne Nelson, Group CEO atEmirates NBD. “Gaining the top spot among all UAE banks on Facebook is further evidence that we recognize customers’ need for real time interactions with their bank and cater to this requirement.This landmark achievement is both timely and particularly gratifying because it underlines Emirates NBD’s close alignment to the UAE Government’s stated focus on leveraging social media platforms for development and the benefit of society.”

“While we deliver on our promise of innovation time and again, the bank’s other social media platforms such as Twitter, Instagram and LinkedIn are helping us to put customers in the driving seat through active engagement and information exchange. Most importantly, our active presence on social media has enabled us to fast track the process of dealing with customer issues, leading to greater customer satisfaction,” addedNelson.

The 200,000 milestone was achieved shortly after Emirates NBD ranked 25 among global banks in the ‘Power 100 Social Media Rankings’ compiled by The Financial Brand. Additionally, the bank was ranked 21 for the number of Facebook likes and 15 for YouTube views, in the independent survey that calculates ranking based on Facebook ‘likes,’ Facebook ‘engagement rate,’ Twitter followers, Tweets sent, YouTube views and YouTube subscribers.

To mark the occasion of 200,000 fans on Facebook, employees at Emirates NBD gathered to click a group ‘selfie’to express thanks to all fans for their continued support. In addition, the bank also created an innovative video titled ‘Our Journey with 200,000 fans on Facebook’, which captures the major milestone achievements since the inception of thepage. The video can be viewed here: http://goo.gl/Z9UmTb

Emirates NBD launched its social media presence in August 2012, with an initial focus on Facebook and Twitter. Backed by a robust strategy on customer engagement and interaction, the bank’s presence in social media has gone from strength to strength, and today it has become a critical aspect in providing scalable experience in solving customer issues. With majority of the customer issues being resolved within a few hours, customers are increasingly turning to Emirates NBD’s Facebook and Twitter platforms to seek quick resolution of their problems.

Emirates NBD continues to be recognised for demonstrating its successful use of social media with some of the recent accolades include, “Social Brand of the Year” at MENA Digital Awards 2014; a Bronze and Silver honor at Dubai Lynx 2014; and “Best Social Media Strategy – Financial Services” at The Marketing Show Awards last year.