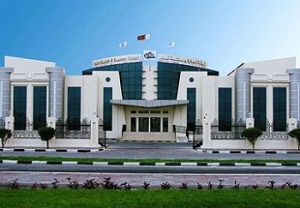 QATAR ministry of economy and commerce

The Ministry of Economy and Commerce announced Saturday that it will start accepting applications from citizens willing to become shareholders of the Farmers’ Cooperative Association.

The Ministry said that the value of the share will be at QR10, adding that it will continue accepting requests until June 26. Founding shareholders will choose members of the founding committee, which will coordinate with the technical committee concerned with encouraging the participation of the private sector in food security projects.

All citizens interested in obtaining a stake in the association can find all the information they need at http://farmers.mec.gov.qa. Applicants must be Qatari nationals, own a farm or a part of it. They also must not claim more than a 10% stake of the association’s capital.

The announcement follows the initiative launched by HE Minister of Economy and Commerce Sheikh Ahmed bin Jassim bin Mohammed Al-Thani to establish the association, which seeks to boost food security projects.