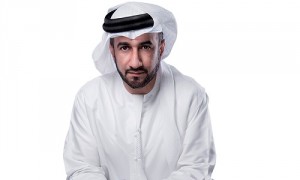 Dubai SME, the agency of the Department of Economic Development (DED) in Dubai mandated to develop the small and medium enterprise (SME) sector, will announce the list of companies that made it to the Dubai SME100 ranking for 2015 at a ceremony to be held at the Madinat Jumeirah this coming Sunday.

The ranking, launched under the patronage of H.H. Sheikh Hamdan Bin Mohammed Bin Rashid Al Maktoum, Crown Prince and Chairman of the Executive Council of Dubai, in 2011 to identify and rate top SMEs in Dubai on the basis of a set of financial and non-financial performance before assisting them to attain new capabilities, expand and compete globally, is currently in its third cycle.

Abdul Baset Al Janahi, Chief Executive Officer of Dubai SME, said: “The Dubai SME100 ranking has grown substantially in terms of level of participation and competition, capability development programmes offered to the ranked companies and the different elements that enhance sustainability and business development, locally and regionally. We have also seen some of the SME100 firms expand to markets overseas, true to the goals of the programme.”

He added: “The number of companies that registered in the 2015 cycle was 4,532, an increase of 49% compared to the 3,041 companies in 2013. The companies enrolled in 2015 represent a net revenue of AED 69.5 billion approximately and a workforce of 144,000. Such increase in participation is indeed a tribute to the SME executives who attended courses and training we offered with the support of our partners, which also enabled the ranked SMEs to boost performance and business growth.”

Al Janahi said Dubai SME is keen to identify promising SMEs in Dubai and the UAE in general, and help them progress to the next levels where they can compete locally and globally. “We are especially proud of those start-up companies that have benefited from our support programmes and moved past our SME definition (AED 250 million in revenues or 250 employees) and qualified as large enterprises – companies like Intercoil, OnTime Hira Industries, Kimuha and Task Outsource, to name a few.”