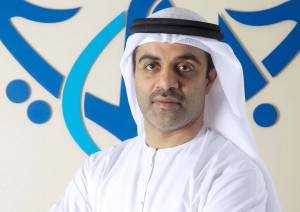 Preparations for launching Dubai Maritime Agenda 2015 next month have commenced for the event which will bring together senior government officials, international experts, decision-makers and pioneers to communicate and learn about Dubai’s role in shaping the future of the regional and international maritime sector.

The Dubai Maritime Agenda 2015 will include four strategic discussion sessions centered on the presence of the local maritime sector in the global maritime map, as well as to learn more about the proactive efforts aimed at making Dubai one of the largest international maritime capitals within the next five years.

The event, which is being held for the first time in the Middle East region on 11th November 2015, is being organised under the patronage of H.H. Sheikh Hamdan bin Mohammed bin Rashid Al Maktoum, Crown Prince of Dubai and Chairman of Dubai Executive Council.

Amer Ali, Executive Director of Dubai Maritime City Authority stressed that Dubai Maritime Agenda 2015 is an important platform to promote effective communication between regional and international maritime bodies concerned. The event, he added, will serve as a strategic platform to discuss the most important issues facing the global maritime sector and its direct impact on Dubai, the United Arab Emirates and the rest of the region.

“It also serve the maritime sector in Dubai by attracting more foreign investment and boosting the transformation of Dubai into a global maritime hub,” Mr. Ali added.