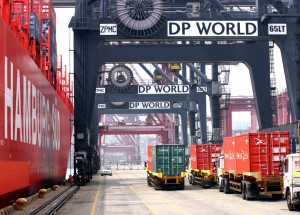 DP World is in talks with Yemen to help rebuild their maritime and trade sector which has been battered by conflict, the Dubai-based port operator said Wednesday.

“We are exploring areas where we can help our near neighbours in their initiatives to restore critical marine and trade infrastructure at Aden and look forward to developing our discussions in the immediate future,” said Sultan bin Sulayem, chairman of DP World.

According to the report published by the UAE- based daily, theNational, a delegation from DP World and Jebel Ali Free Zone will visit Yemen next week to look into areas of assistance. A Yemeni delegation headed by Transport Minister Mubarak Ba-Salma had visited the UAE and DP World to explore ways of helping to restore operations at the port of Aden.

DP World exited in 2012 Yemen by selling its 50 per cent stake in the company managing the container terminal of the port of Aden to its joint venture partner, the Yemen Gulf of Aden Ports Corporation.

The exit ended an increasingly strained relationship between DP World and Yemen’s post-revolutionary government over the management of the port.

The decision to terminate its Aden operations in 2012 came four years into a 30-year management deal signed under Ali Abdullah Saleh, the Yemeni president who stepped aside that year after more than three decades in power. Following that, DP World’s future involvement in the port became more uncertain.

In June 2012, the country’s anti-corruption body called for the renegotiation of the contract to operate the Aden container terminal and the nearby Ma’alla container terminal. DP World rejected claims by the body that it had broken its contractual obligations The UAE is actively involved in the conflict against the Houthi militias in Yemen and is helping in the reconstruction effort.

The UAE is funding the building of schools, hospitals and other facilities in the war-torn country. It has also raised AED808 million in public funding for Yemen.