Barclays PLC is reviewing its retail operations in the United Arab Emirates as part of a broader global revamp, a process that may result in the eventual sale of the division.

“We confirm there is currently a strategic review taking place,” a Dubai-based spokesman for the bank said Tuesday. The British bank’s retail division in the U.A.E. employs between 500 and 1,000 people and is mainly active in credit cards and personal loans. 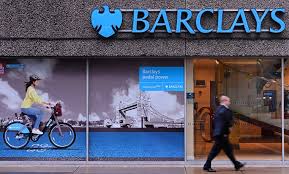 The review is related to a global process announced in February whereby the bank’s Chief Executive Anthony Jenkins is looking to close underperforming businesses and cut nearly 4,000 jobs to bring down costs and prepare the lender for more stringent regulatory requirements.

Barclays said at the time it only wants to focus on activities where it has sufficient scale and a competitive advantage. The review of the U.A.E. retail operations will need to establish whether the business meets those criteria.

The U.A.E. is a competitive market with some 50 banks, including both international and domestic institutions, vying for business in a relatively small sector.

Facing their own domestic problems, some international banks have already left the country in recent years, with Royal Bank of Scotland Group RBS.LN selling its retail operations to a local bank in 2010 and Lloyds Banking Group LLOY.LN selling its consumer and corporate banking operations to HSBC Holdings HSBAin 2012.

It is unclear what valuation Barclays would put on its U.A.E. unit if it was put up for sale given the banks doesn’t report separate financial results for its operations in the country. Source : The Wall Street Journal