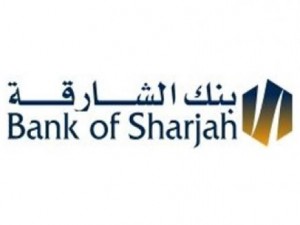 Bank of Sharjah today announced its financial results for the three months ending March 31, 2014. Bank of Sharjah’s net profit for the first quarter of 2014 increased by 13% to reach AED 79 million, compared with AED 70 million for the same period of 2013. During the period, the Bank continued to grow its loan book while maintaining the solid structure of the balance sheet, with high levels of both liquidity and capital.

Total assets reached AED 24,536 million, an increase of 5% over the corresponding March 31, 2013, figure of AED 23,347 million. When compared to the December 31, 2013, figure, total assets slightly declined by 2% from AED 27,973 million. This was mainly driven by the 3% decline in customer deposits from AED 18,374 million in December 2013 to AED 17,830 million as of March 31, 2014. Management believes that the decline is temporary and triggered by seasonal withdrawals post year end. However, when compared to the same period of last year, customer deposits increased by 6% from AED 16,742 million.

This explains the 13% drop in net liquidity between December 2013 and March 2014. However, it remains substantially high compared to industry levels at AED 6.5 billion, representing more than 36% of customer deposits.

Shareholders’ equity at the end of the first quarter stood at AED 4,243 million, 7% above the balance for the corresponding period of 2013. However, it declined by 3% when compared to the December 31, 2013, figure of AED 4,353 million. This was mainly caused by the AED 176 million 2013 declared cash dividend.

Net interest income declined by 12% compared to the corresponding period of 2013, mostly driven by the overall decline in market interest rates, and the fact that the high liquidity held by the Bank is placed in money market instruments generating negligible yields. However, net operating income increased by 4% to reach AED 134 million as a result of the increase in non-interest income.

The impairment charge on financial assets for the first quarter of 2014 declined by 32%, as a result of the improved economic environment and the overall performance of the credit portfolio.

Commenting on the results Mr. Ahmed Al Noman, the Chairman of the Board, expressed the Board’s satisfaction with the results, stressing that the year is likely to witness positive developments that could lift the profits up to the pre-2008 levels.

Mr. Varouj Nerguizian, the Bank’s Executive Director and General Manager, said: “Bank of Sharjah posted noteworthy loan growth and profitability during the first quarter and at the same time maintained its commitment to sound banking as the local economy improves.” He added: “2014 will reaffirm the importance of the Bank’s business ?model as a corporate and investment bank whose resilience against external ?financial instability sources has allowed it to move beyond the financial crisis and lay the groundwork for sustainable growth.”