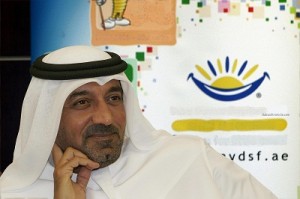 The Italian delegation is in U.A.E. to organise a Milan Expo 2015 promotion event to coincide with Italy’s national day celebration, and to U.A.E. to discuss additional avenues for cooperation.

Bilateral non-oil trade between U.A.E. and Italy reached 5.96 billion euros (AED29.78 bn) in 2011 with Italy regarding U.A.E.as its leading trading partner in the Middle East and North Africa. More than 170 Italian companies currently operate in U.A.E. and more than 132,992 Italian visitors stayed in Dubai hotels through 2013, marking double digit year on year growth.

A number of strategic Memorandum of Understandings have also been signed recently between the two nations across key sectors include security, culture and arts, and media. The Italian government has also removed visa restrictions on UAE nationals.

“U.A.E. and Italy share a long and rich relationship together which continues to develop and strengthen across a broad range of sectors and initiatives as we explore new avenues for joint trade and economic corporation as well as strategic project collaboration,” said Sheikh Ahmed bin Saeed.

As Chairman of the Expo 2020 Preparatory Higher Committee, Sheikh Ahmed also discussed Milan’s hosting of the World Expo in 2015, ahead of U.A.E. staging the mega event in October 2020, the first time a World’s Fair will be held in the Middle East, North Africa and South Asian region.

Mayor of Milan, Giuliano Pisapia, and Director of Milan Expo 2015, Stefano Gatti, also presented Sheikh Ahmed bin Saeed with an official invitation for the Preparatory Higher Committee to visit the city ahead of the event, which is being reviewed.

The Preparatory Higher Committee is working with the Bureau of International Expositions (BIE), the governing body of the World Expo, as well as previous hosts of the event, such as Shanghai, as it looks towards Dubai Expo 2020, which is expected to host 25 million visitors over its six month duration.