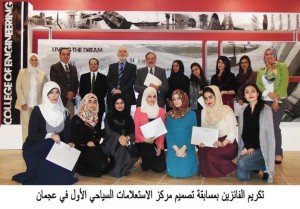 During the meeting, ATDD General Manager, Faisal Al Nuaimi, reviewed a number of issues, including the results of Ajman tourism statistics for the first quarter of 2015, results of ATDD’s participation in the Arabian Travel Market, ATM 2015, in Dubai and the outcome of a Memorandum of Understanding earlier signed by ATDD and Sharjah Investment and Development Authority, Shorooq.

“ATDD received many tourism investment offers during its participation in ATM 2015,” said Al Nuaimi. The Economic Committee discussed ways to deal with these offers in accordance with rules and regulations adopted in Ajman, he clarified.

The meeting also discussed ATDD’s MoU with Shorooq, and its role in helping increase the number of visitors to Ajman via allowing Sharjah’s Big Bus to tour a number of attractions in Ajman.