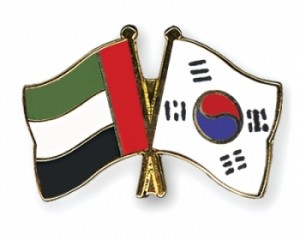 Taking place in Seoul on the 29th of April, the seminar will discuss the benefits of investing in Dubai.

Ahmad Al Mulla, Senior Manager of Sales department at DAFZA, said, “At DAFZA, we consistently work to facilitate international trade by attracting investors from key primary markets. As one of our priority markets, we work closely with the Korean Trade-Investment Promotion Agency, KOTRA, to supplement mutual investment between the U.A.E. and South Korea.” He added, “The Freezone’s seminar in South Korea will work to strengthen the existing relationship that exists between the South Korea and the U.A.E. DAFZA is the ideal choice for businesses expecting integrated solutions through a service-centric platform, catering to the needs of its tenants through hassle-free solutions.” Well known South Korean brands, including Sangsin, KNOC and Dongbu Metal, are currently based in DAFZA, which is conveniently located next to Dubai International Airport. Additional to its prime location and attractive investment opportunities, international investors reap the benefits of dynamic growth through DAFZA’s tax exemption and foreign ownership policies.

Recently, trade between the U.A.E. and South Korea has been estimated to have hit US$25 billion (AED91.8 billion) in 2013 alone. In addition, the scale of mutual investment between South Korea and the U.A.E. is estimated at US$4 billion (AED14.6 billion), and more than 300 South Korean firms are currently operating in the Emirates.

South Korea shares strong bilateral relations with the U.A.E. , where trade and investments have always been significant. In the last three years, the number of Koreans living in the U.A.E. has nearly doubled from 6,000 in 2010 to over 10,000 in 2013. South Korean firms and investors have been pioneers in leveraging Dubai’s advantages as a regional hub.

The U.A.E. is South Korea’s largest export market in the Middle East, and currently the second largest Middle Eastern market for South Korean investments. The volume of mutual investments between the two countries was estimated to reach US$ 3.24 billion last year.

Trade between both nations posted a record figure of US$25 billion (AED91 billion) in 2008. In 2012, goods worth US$22 billion were traded between the two nations. The U.A.E. -South Korea trade through the free zones areas accounted for US$2.2 billion of the country’s overall trade in 2012, with promising opportunity for further growth.