Billionaire U.S. media mogul Oprah Winfrey says she was the victim of racism on a recent trip to Switzerland when a shop assistant refused to show her a handbag because it was “too expensive.” 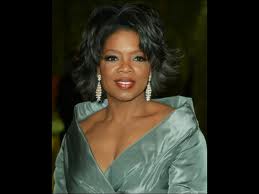 Winfrey was in Zurich for Tina Turner’s wedding in late July when she left her hotel alone and popped into an upscale handbag shop.

She told Entertainment Tonight: “I was in Zurich the other day at a store whose name I will not mention. I didn’t have my eyelashes on, but I was in full Oprah Winfrey gear. I had my little Donna Karan skirt and sandals, but obviously The Oprah Winfrey Show is not shown in Zurich.”

“I go into a store and say to the woman, ‘Excuse me, may I see that bag over your head?’ and she says to me ‘No, it’s too expensive.'”

Winfrey says she asked again to see the bag — a $38,000 crocodile skin number by Tom Ford — and the woman again refused, saying, “No no no, you don’t want to see that one, you want to see this one, because that one will cost too much and you will not be able to afford that.”

Winfrey says she asked a final time to see the bag: “One more time I tried — I said, ‘But I really do just want to see that one,’ and she said, ‘I don’t want to to hurt your feelings,’ and I said, ‘Ok thank you so much, you’re probably right, I can’t afford it and walked out of the store. Now why did she do that?”

While Winfrey did not specifically identify the shopping trip as a racist experience, she described the incident when asked about her encounters with racism during an interview.

The talk show host is the first and only female African-American billionaire, with an estimated net worth of $2.8 billion. She said: “I could’ve had the big blow up thing and thrown down the black card and all that, but why do that?”

Winfrey chose not to identify the shop, but the name of the high-end boutique — Trois Pomme — was soon revealed. The shop’s manager told CNN the entire incident was a “200 percent misunderstanding” and had nothing to do with racism.

“Mrs. Oprah said she just wanted to look at the bag, she didn’t want it taken down, and because my sales assistant felt a little embarrassed about the price, she quickly said that she also had the model in other materials such as ostrich and suede, which weren’t so expensive,” explained Trudie Goetz, the manager of Trois Pommes.

Calling it a “normal selling discussion,” Goetz said: “Mrs. Oprah got the impression she didn’t want to sell the bag to her because she wanted to show her other bags. This had nothing whatsoever to do with racism.”

“Who wouldn’t want to sell a bag like that? Everyone would. My saleswoman just wanted to do her best. She feels very bad because she feels the way it’s being represented is very unfair.”

Goetz added that Tina Turner was her “best friend” and that she, like Oprah, attended the singer’s wedding.