Justin Timberlake and Ben Affleck have Las Vegas on edge. 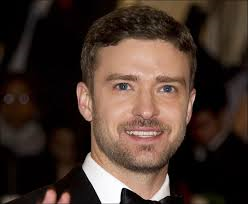 They are the stars of a new film about the murky world of unauthorized online poker that could cast an unwelcome spotlight on a fledgling legal market that Sin City’s biggest players are betting on.

Timberlake and Affleck are set to walk the red carpet with other celebrities at Caesars Palace next month for the premiere of Twenty-First Century Fox Inc’s “Runner, Runner.”

In the movie, Affleck plays an online gambling tycoon in Costa Rica confronted by Timberlake, a graduate student who believes he’s been swindled by the gaming site.

It is a departure from the run of films like the “Hangover” series and “Ocean’s 11” that glamorized casinos and the Las Vegas Strip.

“People very well could get the wrong idea,” said John Pappas, executive director of the Poker Players Alliance. “Not all offshore operators are unregulated bad guys. This is a dramatization, let’s be clear about that. It shows what could be happening in a worst-case scenario.”

Industry groups like the American Gaming Association are preparing advertising and discussion screenings around the film’s release, to draw a distinction between its portrayal of the seedy trappings of global online poker, and a federally regulated market they’re trying to plug.

A legal, well-supervised market safeguards against fraud and cheating, and increases revenues, its proponents argue.

Vegas’ biggest players see online poker as a new market that can offset slowing growth from table-gambling on the Strip. It is a market expected to grow by more than $10 billion in coming years from about $4 billion bet through unauthorized sites as of 2011.

Yet the 2011 U.S. Department of Justice crackdown on foreign operators has left a sour taste in the mouths of many.

“The specifics of the film are not what we’re associating ourselves with,” said Joe Versaci, chief marketing officer for Station Casino Inc’s Ultimate Gaming, the first company to take online bets in the U.S. in the state of Nevada in April. It has applied for a Web gaming license in New Jersey, which is expected to launch online betting in November.

The problem for most Vegas operators is they have teamed up with more-experienced poker-game operators overseas, which the film portrays in a sordid light. Caesars tied up with London-listed 888 Holdings Plc. MGM Resorts has aligned with Bwin.Party Digital Entertainment Plc, to name a few.

Offshore poker websites like PokerStars were the forces behind the last online poker boom, starting around 2003. That all changed on April 15, 2011, known in the industry as “Black Friday,” when the U.S. Department of Justice indicted the founders of these sites on charges of bank fraud, money laundering and illegal gambling.

The sites were closed to U.S. players, but now tax-hungry states like Nevada, New Jersey and Delaware are passing online gambling laws, re-opening the market.

The American Gaming Association, trade group for the world’s big casinos, has decided to spin the movie as part of its lobbying platform for expanded online gaming regulation.

AGA President Geoff Freeman, in an email sent to its board last week obtained by Reuters, plans to argue that the film underscores the risk of a poorly-regulated market.

Both the AGA and Poker Players Alliance have long advocated for a federal online gambling bill allowing for a larger, more uniform market, but efforts in Congress have stalled. Two new federal bills have recently been introduced in Congress as states move ahead to pass their own laws.

Twenty-First Century Fox had no comment on the AGA letter.

“Hollywood has a way of glamorizing everything up to and including vampires. This is a movie that highlights a part of the Internet that has real downside unless governments act,” said MGM spokesman Alan Feldman.

Caesars thought long and hard about the risk of being associated with the film. The company plans to soon go live with an online poker site in Nevada and is awaiting approval in New Jersey.

“There was a lot of discussion of whether we wanted to be part of ‘Runner, Runner,’ but we decided we could draw a nice distinction between the illegal, unregulated world and the regulated market we are advocating,” said Tariq Shaukat, chief marketing officer for Caesars.

It was also hard to turn away a chance to have Timberlake on a red carpet, he added.