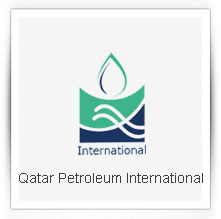 Qatar Petroleum International (QPI), the international arm and wholly owned subsidiary of Qatar Petroleum (QP) have reached an agreement with Centrica Plc (CNA) according to which QPI is to acquir 40% of Centrica Plc (CNA) natural gas field projects in Canada to the value of Canadian dollars 200 million.
A press release the two companies issued here on Thursday said that as per such agreement, the assets will be operated in the project between Centrica (60% share) and QPI (40% share) under the title, “CQ Energy Canada Partnership, where the new percentage will be added to the assets which have already been jointly acquired on part of Canada’s Suncor Energy which was announced in April , 2013 .
HE Minister of Energy and Industry Dr. Mohamed Saleh Al Sada who is also board chairman of QPI described as very important development the agreement struck between QPI and Centrica Plc affirming meantime that the agreement would contribute to supporting the presence and partnerships of QPI in Northern America in addition to boosting Qatar’s efforts for diversification , expansion and investment.
For his part, Nasser Al-Jaidah, the Chief Executive Officer of Qatar Petroleum International (QPI) expressed his pleasure for expanding the strategic alliance withCentrica, the QPI’s partner through such an acquisition.
Al-Jaidah noted that this agreement would demonstrates QPI’s commitment to promoting its aleady existing global partnerships and establishing new partnerships wherever possible .
Meanwhile Sam Laidlaw, the chief executive officer of Windsor-based Centrica while voicing delight of such an agreement ,said, “The acquisition between QPI and Centrica provides attractive returns in a region we know well, and significantly increases the size and quality of our portfolio with the potential to improve returns further.” The deal is the second of its kind within the context of the MOU the two parties signed in Dec.2011 and runs in conformity with joint interests of both Centria and QPI to acquire a vast majority of its conventional natural gas and crude oil business in the Western Canadian Sedimentary Basin (WCSB) .
Qatar Petroleum International (QPI) owns international investments wordlwide worth billions of dollars , including partnerships and initiatives of joint projects in Africa, and North America (U.S. and Canada), Singapore, Britain, Italy, China, Turkey, and Vietnam.