QP Suppliers and Contractors Forum Kicks Off at QNCC 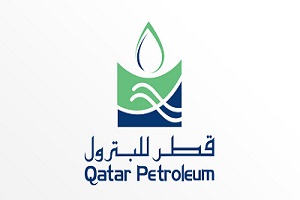 The Qatar Petroleum Suppliers and Contractors Forum, kicked off at the Qatar National Convention Centre (QNCC) here on Wednesday with the participation of more than 800 representatives from over 470 local and international companies.

Organized by QP’s Purchasing & Contracts Department, the one-day forum was held under the patronage of His Excellency Dr. Mohammed bin Saleh Al-Sada, Minister of Energy and Industry and Chairman & Managing Director of QP.

In his keynote address, Ahmed Abdul Rahman Al-Mulla, Corporate Manager for Purchasing & Contracts, said: “The QP vision, which was launched by His Excellency Dr. Al-Sada in October 2013, reinforces our belief that a successful Qatar Petroleum is reliant upon our business relationship both here in Qatar and internationally with you — our contractors and suppliers. Without your commitment and dedication, we would not be able to ensure the continuity of the supply chain. This is something that we clearly recognize,” said Al-Mulla.

During his speech, Al-Mulla also highlighted QP’s continued support to local companies as he pointed out that up to 78% of contracts, 82% of purchases and 90% of supply agreements have been awarded to local suppliers over the past three years. In addition, he stressed that the building of business relationships with local and international companies is at the foundation of the activities of QP’s Purchasing and Contracts Department.

Al-Mulla’s speech was followed by four presentations related to the QP Vendor e-Registration System, QP’s major projects and preferred vendor lists, procurement management, as well as compliance and performance matters.
The QP Suppliers and Contractors Forum also held a panel session featuring key personnel from the Purchasing and Contracts Department and other relevant QP departments and directorates. It provided the forum participants with the opportunity to engage openly with QP officials on matters of mutual business interest.

The panel session facilitated a healthy and constructive dialogue between the audience and the panelists who responded to all concerns put forth by the participants. Mr. Al-Mulla said that the panel session was an important element of the forum, as it served as a platform to address any questions raised in a direct and transparent manner.