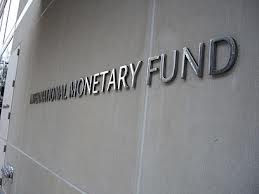 Kuwait’s current economic outlook is “positive” and the fiscal position is “strong,” the International Monetary Fund (IMF) said Tuesday.
An IMF mission, which visited Kuwait from May 4-6 to hold discussions with the authorities in preparation for the Article IV Consultation later this year, said in a statement at the end of its mission that non-oil GDP growth in Kuwait is expected to accelerate from 2.7 percent in 2013 to 3.9 percent in 2014 and is projected to increase to about five percent in the medium term in the baseline “backed by government investment in infrastructure and refineries.” It added that “structural reforms will be required to improve the business environment to enable the sustained implementation of Kuwait’s Development Plan to meet growth target.” Although the fiscal position is strong, the IMF noted that “a sustained drop in oil prices could deplete fiscal surpluses and adversely affect long-term fiscal sustainability.
“Measures to contain current expenditures, particularly wages and subsidies, and continued heavy dependence on oil revenues are required to mitigate risks to the economy from downward oil price shocks,” it stressed.
The Fund affirmed that “a medium-term fiscal strategy is required to drive reforms, the elements of which would include containing current expenditure growth, particularly, subsidies and public sector wages; prioritizing capital expenditure; and increasing non-oil revenues.” Furthermore, it indicated that “generalized subsidies, particularly for electricity and fuel, constituting about seven percent of GDP in the budget engender wasteful consumption, and take resources away from core government spending priorities.” It emphasized that “a gradual alignment with international prices, while ensuring that a social safety net is in place to protect the vulnerable, would in the long run increase overall efficiency and generate more fiscal space. Conservation-oriented tariff structures could boost efficiency in fuel and power consumption.” As for the banking system, the IMF affirmed that it remains “amply capitalized” and that “the capitalization and asset quality of banks continued to show significant improvements with a combined capital adequacy ratio of almost 19 percent and gross non-performing loans of 3.2 percent.” The mission welcomed “the recent macro-prudential regulations on loan-to-value ratios for the residential sector and the ongoing strengthening of banks’ capital, which would contribute to further strengthening financial stability.” The mission, which was led by Ananthakrishnan Prasad, met with Minister of Finance Anas Al-Saleh; Minister of Social Affairs and Labor and State Minister for Planning Affairs Hind Al-Sabeeh; Governor of Central Bank of Kuwait Mohammad Al-Hashel and senior government officials and representatives from the private sector.