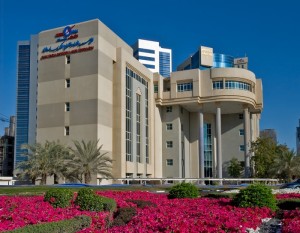 Qatar Electricity & Water Company (Kahramaa) signed Sunday 15 contracts to develop the electricity network worth QR7.72 billion.
The deals are part of the 11th stage of expanding the state’s electricity network. HE Minister of Energy and Industry Dr. Mohammed bin Saleh Al Sada and President of Kahramaa Essa bin Hilal Al Kuwari were present during the signing ceremony along with a number of representatives from international and local companies executing the projects.
In a press conference held after the signing ceremony, HE Minister of Energy and Industry said that the projects are a small part of the big strides the state has been making to develop the infrastructure to go along with the prospering growth witnessed in all sectors. His Excellency stressed the importance of investing in electricity, noting that Kahramaa invested QR 60 billion in the development projects. HE the Minister forecast a further investment of QR30 billion in the next 10 years for the same purposes.
HE the Minister revealed that the new projects have a number of goals; in addition to raising the quality of the network to fit residential and industrial needs, the development will help prepare the network for the new rail station and the hosting of World Cup 2022.
For his part President of Kahramaa Al Kuwari said that the contracts of the first 12 projects were worth a total of QR4.3 billion, while the remaining seven were worth QR2.6 billion.
Al Kuwari praised the partnership established between Kahramaa and the companies working on the projects. He added that the signing ceremony reflected the vibrancy of the infrastructure sector in the country.