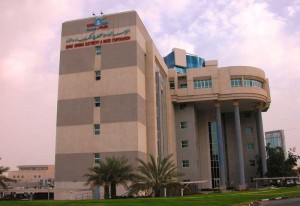 Qatar General Electricity and Water Corporation (KAHRAMAA), under the patronage of HE Prime Minister and Interior Minister Sheikh Abdullah bin Nasser bin Khalifa Al- Thani, launched on Tuesday morning its long-term strategy up to 2030.
The ceremony was attended by HE Deputy Prime Minister and Minister of State for Cabinet Affairs Ahmed bin Abdullah Al-Mahmoud, HE Minister of Energy and Industry Dr. Mohamed bin Saleh Al Sada, and senior officials from different sectors.
“KAHRAMAA strategy and the new vision, mission, and objectives come within the great development Qatar electricity and water sectors witness in the last six decades. They reflect KAHRAMAA’s commitment to high performance, services quality, customer centricity, as well as sustainability to its wide meaning,” HE Dr. Al-Sada said in a speech.
He said the long-term strategy is the first step towards a complete strategic transformation of KAHRAMAA where management will be based on results, measured by set performance indicators, rather than objectives.
“KAHRAMAA will contribute as per its new vision, mission, values, and objectives to the achievement of the four pillars of Qatar National Vision and Qatar National Development Strategy.” Al-Sada pointed out that the strategy is aligned with QNV objectives and time frame. From its pillars, it derives the ambitions of transforming Qatar into an advanced country by 2030, capable of sustaining its own development and providing for a high standard of living for its people one generation after another.
“Since [its] inception in 2000, KAHRAMAA has worked to develop electricity and water services in Qatar by adopting various strategic initiatives. The latest was the launch of various electronic services as the first phase of transforming KAHRAMAA into [a] smart corporation by 2015,” Dr. Al-Sada added.
For his part, KAHRAMAA President Eng. Essa bin Hilal Al-Kuwari said the new strategy goes in line with QNV 2030 and QNDS 2011 – 2016 as “the continual development is a key component of KAHRAMAA plans and operations to achieve and maintain the desired excellence.” KAHRAMAA President added that customer centricity is considered in all KAHRAMAA operations to provide customers with all requirements within the environmental, technological, and social development.
Al-Kuwari meantime highlighted that KAHRAMAA strategy is based on seven main issues, namely: strategic analysis; strategic planning; operations and systems; structure and employees; audit, performance review and governance; assets; and business management. “in order to ensure the achievement of our vision, mission, and objectives, KAHRAMAA has adopted excellence as its slogan across six dimensions of business excellence including asset excellence, operational excellence, people excellence, commercial excellence, customer excellence, community and social excellence”, he added.
“The development and transformation KAHRAMAA currently witnesses should be a motive … to provide electricity and water services at the highest technology and lowest price and by Qatari national to achieve the aimed economic and social growth in Qatar,” he said in conclusion.