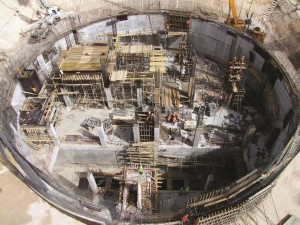 Radical changes in the GCC water industry that offer the region the possibility of attaining sustainable water self-sufficiency by the middle of this century are creating enormous opportunities and major challenges for the industry’s supply chain.

“Everyone knows that Arabia is one of the world’ most water-poor regions. It has no permanently flowing rivers, practically no rain, limited groundwater reserves that are being overused and soaring demand. But the forum will concentrate on the extraordinary organisational and technological developments that could finally reverse the negative trends in the GCC’s water balance,” says Edmund O’Sullivan, chairman of the MENA Water Forum being organised by MEED that is scheduled to take place on 8-10 June 2015 at the Sofitel Abu Dhabi Corniche hotel.

The conference will highlight three key issues facing the GCC water industry, including the decoupling of power generation from desalination production. “The way water has been produced in the Gulf has been typically done in co-production with power,” says vice president for research and interim associate provost at Abu Dhabi’s Masdar Institute Steve Griffiths. “It is now time to bring in new ways of producing water and we are looking at technologies that involve the use of membranes.” Electricity will still be used to produce desalinated water, but the energy-intensity will be lower and water output won’t depend so heavily upon the quantity of power produced. The decoupling could be one of the most important developments in the history of the region’s utilities sector, water experts say.

Another issue that will be discussed is the increasing use of treated sewage effluent (TSE). Abu Dhabi is committed to the goal of 100 per cent use of TSE within five years. All GCC states are investing in the processing systems and the pipeline networks needed to purify and distribute it to potential users. “We are looking at different types of technology for water reuse,” says Griffiths. “To achieve the reuse targets you have to understand first what is in it and how to use it.”

Lastly, forum speakers and experts will focus on water resource management. GCC countries are intensifying research into the scale and structure of their groundwater reserves and Bahrain has already taken firm steps to half further depletion of its reservoirs. Attention is now growing in initiatives designed to maintain the sustainability of seawater used in desalination. This encompasses the impact of the growing use of seawater in desalination, the disposal of brine, pollution caused by oil and other industries and the management of seaborne effluent crossing marine borders.