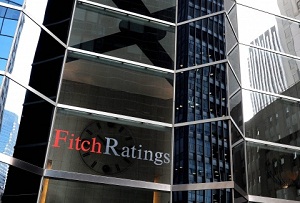 Fitch Ratings has affirmed Kuwait’s Long-term foreign and local currency Issuer Default Ratings (IDR) at “AA”, while the Country Ceiling has been affirmed at ‘AA+’ and the Short-term foreign currency IDR at ‘F1+’.
According to a report on the Fitch website, Kuwait’s IDRs are reflected by its exceptionally strong sovereign balance sheet which is key support for the ratings. Very high per capita oil exports have consistently generated large fiscal and current account surpluses (averaging 29% of GDP and 34% of GDP, respectively, over the past decade).
Fitch estimates that sovereign net foreign assets rose to 200% of GDP at end-2013, the strongest of all rated sovereigns, and the net creditor position rose to 44% of GDP. Both are expected to improve over the forecast period.
Current account surpluses are substantial. Kuwait posted the second largest current account surplus of any Fitch-rated sovereign in 2013, at 33.1% of GDP, the third consecutive year that the surplus has exceeded 30% of GDP.
Fitch expects the surplus to decline in line with our forecast of lower oil prices, but still forecasts a surplus of 22% of GDP in 2016. The surplus has not been below 20% of GDP since 2003.
Fiscal surpluses are consistently in double digits. The general government surplus was the largest of all Fitch-rated sovereigns at an estimated 26.1% of GDP in FY14 (ending March). The fiscal breakeven oil price is low, at USD 52 billion in FY14, but so is capital spending, which is around 10% of total spending, one-third of regional peers. Despite rising spending and falling oil revenues, the surplus is forecast to only fall to 19.2% of GDP in 2016.
Non-oil economic momentum appears to be improving, the report showed. Economic growth has been relatively subdued over the past five years, at an average of 0.9%, held back by Opec-led movements in oil production and political constraints hampering capital spending.
There are tentative signs that the economy is gaining momentum under a more pro-government parliament, reflected in the award of several projects in recent months and a rise in the pace of lending to the private sector.
Fitch expects a modest pickup in non-oil growth to 4.0%-4.5% over 2014-16, from an estimated 3.6% in 2013. With oil production forecast to be stable, in line with our assessment of global market dynamics, total real GDP growth is forecast to average 2.6% between 2014 and 2016.
Structural indicators are generally weaker than rating peers. Human Development, Doing Business and World Bank governance indicators are well below the ‘AA’ median, but GDP per capita is substantially above the median.
The economic policy framework is a weakness, reflecting a weak fiscal framework and limited flexibility of monetary policy. Steps have been made to strengthen the macro-prudential framework for the banking sector, and to develop capital market regulations. Geopolitical risk affects the whole region.
The economy is heavily dependent on oil, which accounts for around 40% of GDP and the bulk of fiscal and external revenues. Oil reserves are large and cheap to extract and production capacity is being increased.
A limited economic policy toolkit potentially restricts the authorities’ ability to respond to severe oil price volatility. Substantial buffers can temper the impact of swings in oil prices.
The Stable Outlook reflects Fitch’s assessment that upside and downside risks to the rating are currently well balanced. At forecast oil prices, Kuwait will continue to accumulate assets, further enhancing its capacity to deal with economic shocks.
Fitch assumes that regional geopolitical conflicts will not impact directly on Kuwait or on its ability to trade.
Fitch assumes that the current parliament will maintain its broadly constructive relationship with the government and that the domestic political scene will be stable.