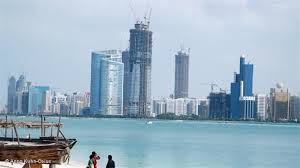 Turkey’s state-owned Electricity Generation Co and TAQA agreed in January on a project worth up to $12 billion to build several power plants using the lignite coal reserves of Turkey’s Afsin-Elbistan region.

The project was initially planned to kick off in mid-2013, a spokesman for TAQA said on Monday.

“Due to other spending priorities, TAQA has decided to defer the investment decision in Afsin-Elbistan until 2014,” the spokesman said.

The Afsin-Elbistan region holds about 40 percent of Turkey’s lignite and could provide up to 8,000 megawatts of power production capacity in southeast Turkey, if the coal potential is fully exploited, according to the Turkish energy ministry.