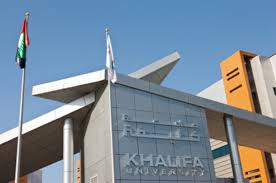 Students Amal Salah Bin Hraiz and Mouza Abdulla Alhebsi presented their research papers to over 600 students and professionals, who were in attendance at the conference, including a large number of international representatives. Their papers were selected for the conference by a panel of reviewers from ANS who assessed hundreds of submissions from students around the world.

Both students are currently receiving full scholarships from the Emirates Nuclear Energy Corporation (ENEC) as part of its Energy Pioneers program, in order to pursue their masters. ENEC also fully funded their trip to MIT.

Amal’s paper was titled “3D Full Core Calculations of Westinghouse AP1000 Using WIMS/PARCS/SNAP Code System,” and Mouza Abdulla Alhebsi paper was titled “Numerical Investigation on the Dissolution of a Light Gas Stratification in a Safety Containment Model”. Both papers were well received by the audience who showed a great deal of interest in the research.

“We are very pleased that our students had the opportunity to present their work at such an important international conference, in front of their peers, and industry and academic leaders,” said Dr. Philip Beeley, Professor of Practice and Program Chair, Nuclear Engineering at Khalifa University.

“We are proud to support such talented and dedicated students and congratulate them both for their hard work and achievements,” said Ahmed Al Mazrouie, Deputy Chief Nuclear Officer of ENEC.