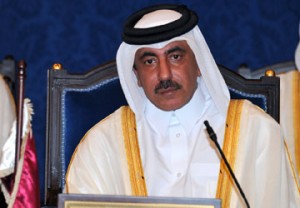 HE Minister of Transport Jassim Saif Ahmed Al Sulaiti said Monday that the State of Qatar was committed to the time frame for establishing a rail network between GCC countries by 2018.
Speaking on the sidelines of the 70th general meeting of the International Air and Transport Association (IATA), His Excellency said all countries are keen on the projects even though some countries are in more advanced stages than the others.
HE the Minister added that the UAE and Saudi Arabia for example are already in advanced stages of the project, while other countries are still preparing technical studies. His Excellency added that the last meeting between GCC Ministers of Transport, which took place in Bahrain two months ago, was very positive.
HE the Minister stressed that there will be no increase to the budget allocated for the project in Qatar. His Excellency added that it will be some time before the allocated budget will be reconsidered, especially that some of the tenders of the projects were not offered yet.
The railway network would start from Kuwait connecting Dammam to Bahrain, Doha, Abu Dhabi and Al Ain. All the countries involved in the project, in coordination with the GCC, have agreed a work plan for the project that will see it operate by 2018.