National Aluminium Products Company SAOG (NAPCO), extruders of aluminum profiles in the GCC, has announced its performance for 2014. It has posted net profits of OMR 701,000 with revenues totaling OMR 19,399,000. Continuing with the momentum, it has recorded a profit of OMR 165,000 for the first quarter of 2015, compared to OMR 159,000 for the same period last year. The figures were revealed during the company’s recent board meeting held at the NAPCO headquarters. 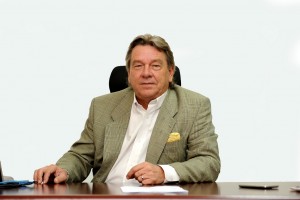 The company has attributed its remarkable performance in 2014 to increased sales volume, better plant capacity utilisation, increased market share, deeper penetration into domestic markets, a wider product offering, improved services, and more thrust on marketing activities. The Q1 2015 figures are a result of streamlined production along with active marketing and branding initiatives.

Robert Holtkamp (left image), CEO, NAPCO, said: “We are delighted to have posted excellent financial results for 2014 and Q1 of 2015 despite the volatility in oil prices. NAPCO’s use of new technologies to enhance its capacity has resulted in increased production, while our new marketing strategies have translated production into sales.”