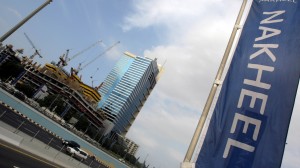 Nakheel has appointed Dubai-based KTC International Contracting LLC for the work, which involves enhancements and traffic signal installation at 29 major junctions within the 811 hectare community.

The work is expected to begin in a few weeks’ time and take 10 months to complete.

Residents at JVC can also look forward to easier access to the community via a new entry and exit road from Dubai’s Hessa Street, for which Nakheel issued a tender this week. Construction will begin when proposals have been received and evaluated, and a contractor appointed.

Jumeirah Village Circle is one of Nakheel’s largest and fastest-growing mixed-use developments which, when complete, will accommodate some 300,000 people.

Nakheel has delivered more than 700 villas at JVC, with over 230 buildings, villas and townhouses by third party developers either complete or under construction. Another 267 design applications for residential, commercial and hospitality developments are under review.

JVC will also be home to The Circle Mall, Nakheel’s new shopping, dining and entertainment hub, with 235 shops, cafes and restaurants and a multi-screen cinema. Construction of the mall will begin this year.