South Korea’s Hyundai Heavy Industries is close to winning an order worth about $1.4 billion to build 10 huge container ships for the United Arab Shipping Company, a source close to the matter said. 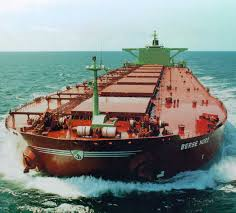 Under the deal, UASC will buy five of the largest cargo ships ever made, each able to carry 18,800 twenty-foot container units, along with five with a capacity of 14,500 TEU.

The exact value of the contract could be subject to change as the order has not yet been signed, the source said.

A spokesman for Hyundai Heavy Industries, the world’s largest ship builder, declined to comment. UASC was not available for comment.

The container shipping industry has seen a drive towards building ever bigger vessels, despite being hit hard by overcapacity and a global economic slowdown in recent years, in a bid to increase efficiency.

UASC was set up by the governments of Bahrain, Iraq, Kuwait, Qatar, Saudi Arabia and the United Arab Emirates in 1976 to improve trade links with the rest of the world.

Other than oil, gas and petrochemicals, Gulf countries produce very little and rely heavily on cargo and bulk carrier ships to supply food and manufactured goods for their growing populations.