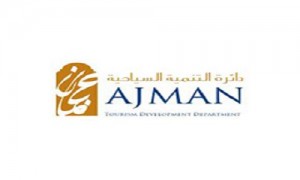 Ajman Tourism Development Department (ATDD) launched Wednesday the second stage of a project on the classification of tourism establishments in Ajman, according to Head of Classification Section Engy Mounir.

The second stage will come out with official classification standards for resorts, travel agencies, restaurants, transportation and car rental sectors, she said.

A comprehensive survey will be immediately conducted with representatives of the five sectors, along with local and international benchmarking, she added, noting that a mechanism would be followed to get the feedback from Ajman visitors.

New standards will be developed following reviewing current licensing and classification processes, with legislations, rules and regulations will be reviewed, Mounir made it clear, noting that an action mechanism would also be adopted for each sector.

Field operations, interviews with stakeholders and surveys will also be part of the second stage of the project, at the end of which a report of recommendations would be submitted to decision-makers, the head of ATDD’s Classification section, said, noting that the deadline of this stage would be the end of the third quarter of 2014.

Last week, Ajman hotel classification, the first stage of this project, was named the Best Tourism Project in the Middle East and North Africa as part of MENA Travel Awards 2014.