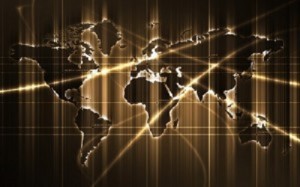 The Ministry of Economy has announced that the UAE managed to achieve top ranks in international trade statistics 2015, which was released by the World Trade Organisation, WTO, on October 31st, 2015.

The Ministry said that the value of the UAE non-oil foreign trade is expected to reach AED 1.75 trillion ($476.4 billion) in 2015, a growth of up to 10%. The figures in the first half of 2015 are positive indicators for the UAE’s foreign trade, including direct trade.

Commenting on these figures, Sultan bin Saeed Al Mansouri, Minister of Economy, said: “The figures and data contained in the WTO International Trade Statistics 2015 are promising, and reflect the continued success of the UAE’s economic policies year after year. This success has boosted the UAE’s position on the global trade arena. We expect that the UAE will achieve more growth and progress as well as more positive results on all levels that come as part of the Federal Government’s implementation of the UAE Vision 2021 and its National Agenda.”

The Minister added: “The WTO report offers an overview of the development the UAE experienced in international commodity and service trade. The UAE made intensive efforts over the past years, represented in opening up its economy to foreign trade and investment with the aim of increasing growth opportunities and achieving the wellbeing of its people and residents.”

Al Mansouri added that Dubai’s win to host the World Expo 2020 and the groundbreaking development projects carried out by the UAE in several sectors, supported by many prestigious national initiatives such as the national innovation strategy, have all together gave a boost to ongoing efforts aiming to raise the country’s profile and competitiveness to better improve the performance of various sectors, including the trade.

The UAE has retained its high ranking as the world’s 16 exporter, and is the most important market for merchandise imports in the MENA region, according to the WTO Report 2015 on International Trade Trends.

UAE rank in global service trade According to the report, the UAE ranks 19th among global importers of services, with its total value services imports values at $70 billion in 2014. The UAE ranks 42nd globally, with its service exports reached $20 billion in the same year.