More guests have checked into Abu Dhabi’s 146 hotels and hotel apartments in the first seven months of this year compared to any other comparative period, according to figures just releases by Abu Dhabi Tourism ‘&’ Culture Authority (TCA Abu Dhabi). 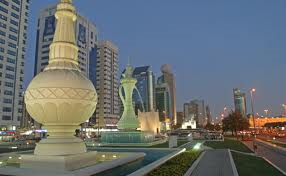 The figures show that from January-July end, guest arrivals topped the 1.5 million mark – a 10% increase on the same period last year. In all the arrivals delivered almost 4.8 million guest nights – up 23% on 2012 with guests staying, on average 3.17 nights – which is a rise of 12% on last year driving occupancy up by 7% to 68%.

“These results make encouraging reading when viewed against the fact that hotel inventory in the emirate has grown from 137 properties and 23,613 rooms in 2012 to 146 offering 25,300 rooms this year,” said Mubarak Al Muhairi, Director General, TCA Abu Dhabi.

“And with a final quarter ahead of us which is packed with major events including the Abu Dhabi Grand Prix, Abu Dhabi Art, the Seatrade Middle East Forum and the Al Ain Aerobatic Show, we could see the best results of the year yet to come.” The year-to-date figures show building annual momentum despite a lacklustre July performance which saw hotel guest arrivals in Abu Dhabi slip by 4% on July 2012 to 170,887 and occupancy dip by 2% to 54%.

“Though we received fewer guests last July than in July 2012, which we anticipated with the onset of Ramadan, those who did check into Abu Dhabi stayed longer, which is a good sign that we are providing additional attractions to encourage expanded length-of-stay,” said Al Muhairi.

“Interestingly Al Gharbia – our Western Region – was the exception to the July trend. It increased guest arrivals by 3% to 4,986 with guest nights moving up 22% to 21,759 and average-length-of-stay up by 19% to 4.36. This could be due to the fact that accommodation in Al Gharbia is a largely resort-oriented with significant uptake from the international market for resorts in the Liwa Desert and on Sir Bani Yas Island,” explained Al Muhairi.

India is now Abu Dhabi’s top overseas source market for hotel guests with some 92,529 Indians checking into the emirate’s accommodation this year – a 21% increase on last year. These guests delivered 382,913 guest nights – a 37% lift on last year with an average-length-of-stay of 4.14 nights – an increase of 13%.