Toshiba Corp. said it would record the biggest annual loss in its 140-year-old history as the firm wrote down the book value of several units, including energy and infrastructure, while restructuring costs ballooned, the Wall Street Journal reported. 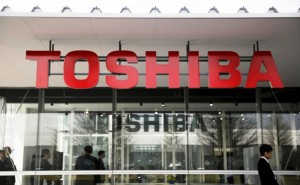 For the full fiscal year ending in March, Toshiba predicted it would record a net loss of JPY 710 billion ($6 billion), larger than its previous JPY550 billion net-loss forecast in December. Revenue was left unchanged at JPY6.2 trillion and the operating loss was revised to JPY430 billion from JPY340 billion.
For the previous 12-month period, the electronics conglomerate posted a JPY 37.8 billion net loss.