Majid Jafar, CEO of Crescent Petroleum and a member of the Global Agenda Council on the Middle East and North Africa at the World Economic Forum, has highlighted that the strategic infrastructure investment plays a critical role in supporting much-needed growth and development in the region in order to tackle the major challenge of youth unemployment. 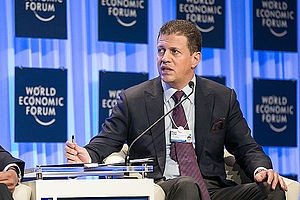 Speaking alongside former British Prime Minster Gordon Brown and the Vice Chairman of GE, John Rice, on the Plenary Panel entitled “Infrastructure for Development” on the final day of the Forum’s MENA Summit at the Dead Sea in Jordan, Jafar described the key drivers of strategic investment into regional infrastructure, with a particular focus on power generation, regulatory challenges, and the role and duty of the region’s private sector companies in partnering with governments in solving the infrastructure challenges of today, and creating the jobs and prosperity for tomorrow: “The key regional social and economic challenges, especially demand for jobs for young people, require new era of public-private partnership in infrastructure to support the over $100 billion needed for investment and maintenance each year in the MENA region.” 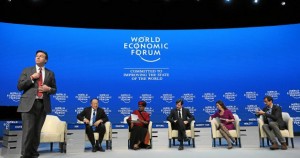 With youth unemployment rates rising in the region to 29.8% in 2015, Jafar stated that for every $1bn invested in the region on infrastructure, over 110,000 jobs could be created in the oil-importing countries, or 26,000 jobs in the GCC, or 49,000 jobs in developing oil exporting countries. Annual spending needs of $106 billion includes $46 billion of new investment and $59 billion of maintenance, and by meeting the investment needs, according to the World Bank, the MENA region could generate 2.5 million additional jobs.

Seeing infrastructure development as essential to provide the millions of jobs needed in a young and growing region, providing hope, stability and livelihoods, and encouraging entrepreneurship, Majid Jafar stressed the gap in such investments in the Middle East region compared to other developing regions: “On average across the MENA Region, about 5 per cent of GDP is allocated to infrastructure, whereas the proportion in China is three times higher at 15 percent. Tackling energy subsidy reform in our region can free up hundreds of billions of dollars for productive investment that will lead to more jobs, higher standards of living, and stronger economic competitiveness for our region’s future,” Jafar added.

The Infrastructure Development plenary and the World Economic Forum MENA 2015 Dead Sea Summit brings together over 1,000 leaders from government, business and civil society, to evaluate solutions to some of the defining regional issues, and the shared economic, social, environmental and geostrategic goals which will require multi-stakeholder approaches.