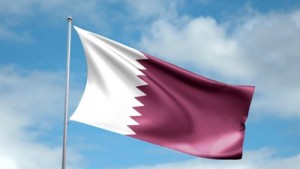 The State of Qatar has achieved great success in the World Trade Organization Review with regard to its economic and trade policies. It answered over 200 questions aimed at assessing the extent of its commitment to implement the requirements of the conventions and rules of the organization .
The Member States commended the answers provided by the delegation of the State of Qatar, including clarifications related to the strategy of national development for the State of Qatar 2011-2016 within the framework of Qatar Vision 2030, as well as the report prepared by Qatar in the context of this review , which allowed the Member States of the Organization to have broader understanding of the Qatari economy and other trade-related policies , in addition to the challenges it faces.
In the final statement of the meeting on the Trade Policy Review of the State of Qatar, Ambassador Joachim Reiter, Chair of the WTO Trade Policy Review said that the discussions and exchange of views among Member States had contributed significantly to further deepening understanding .
He also praised the Qatari high-level delegation headed by HE Minister of Economy and Trade Sheikh Ahmed bin Jassim Al Thani, terming the Qatari report as a valuable reference for the organization .” The members also commended the high economic growth rates and low unemployment rate and low inflation rate as well as several other enormous economic achievements made by Qatar during the past few years .
The Member States also welcomed the efforts made by Qatar to diversify its economy and the lack of direct dependence on oil and gas , in addition to its efforts to ensure justice between generations, especially with regard to the best use of non-renewable resources through establishing projects the health, education and infrastructure sectors .
They also praised measures taken by Qatar to facilitate customs procedures and the establishment of an integrated single window system with the relevant authorities to simplify the registration procedures of trade in order to improve the business environment and investment promotion.
They also commended the positive role played by the State of Qatar including the hosting of the Fourth Ministerial Conference of WTO , which is considered one of the most successful ministerial conferences ever held which saw the launch of the Doha Development Agenda , which encouraged Qatar to strengthen its participation in the WTO activities and the fulfillment of the notifications requirements.