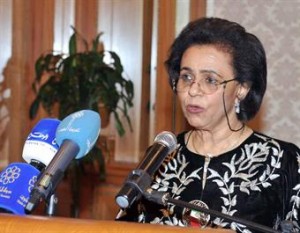 President of the Kuwaiti Society for the Ideal Family Sheikha Fariha Al-Ahmad Al-Jaber Al-Sabah said here on Saturday that she would speak about Kuwait’s experience in the social, economic and political empowerment of the Kuwaiti woman at the (Tetouan Conference on the Role of Women Entrepreneurs in Attracting Investments).
Sheikha Fariha said in a statement to Kuwait News Agency (KUNA) that she would emphasize in her speech to the conference on the importance of strengthening the role of the family in society and in solving problems faced by the family when it comes to the empowerment of women in public life, socially, economically and politically.
She highlighted the significance of the Kuwaiti participation in the conference, which brings together women entrepreneurs from a number of countries, to provide a true picture of the “renaissance” of modern Kuwait, through which the Kuwaiti woman was able to exercise her full rights guaranteed by the Constitution, making her equal in rights with the man in the process of economic and social development, led wisely by His Highness the Amir Sheikh Sabah Al-Ahmad Al-Jaber Al-Sabah.
For his part, deputy head of the Kuwaiti Society for the Ideal Family, Sheikh Saleh Al-Nahham, also highlighted the role of the Kuwaiti delegation at the conference in communicating with representatives of the participating countries from Europe, Africa and Arab states, as well as heads of NGOs and civil society bodies related to investment initiatives in the field of human development and income-generating activities.
He emphasized the importance of the conference in the exchange of experiences and expertise among delegations in the field of attracting women entrepreneurs to invest, praising the level of participations on the first day of the conference which showcased successful experiences of women entrepreneurs and other unique experiences in the fields of human, social and economic development.
In turn, Minister for Women, Family, Solidarity and Social Development in Morocco Bassima Al-Haqawi described both countries’ ties as “deep-rooted” in all domains, stressing that they are constantly evolving.
She noted the great achievements of Kuwaiti women in the field of human rights and equality between the sexes, which enabled the emergence of many women leaders in various sectors.