The Secretary General of the Organisation of Islamic Cooperation ( 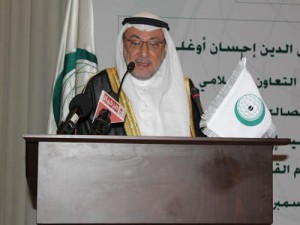 OIC) Iyad Ameen Madani, welcomed the signature on 15th May 2015 in Bamako of the Agreement for Peace and Reconciliation that resulted from the Algiers peace process.

He commended the Algerian–led international mediation which also included the OIC for brokering the balanced deal that serves as a good basis for durable peace in Mali.

Madani in welcoming the important event, expresses the hope that the formal signature between the Government of Mali and the Algiers Platform will be a basis for achieving peace and sustainable development in north Mali. In this vein, he expressed his satisfaction for the initialing of the peace accord by the Coordination Movements of Azawad on 14th May 2015, in Algiers and appealed to them to adhere to the agreement as soon as possible in the interest of their long suffering people of north Mali.