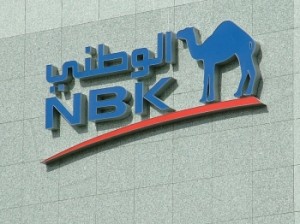 GCC debt markets experienced modest growth in the first quarter of 2014 on weaker private sector issuance and large maturing sovereign debt, a recent economic report showed here on Monday.
New prudential regulations and capital standards are likely to continue to encourage banking sector issuance. Sovereign GCC yields have declined over the last quarter on the back of lower US rates, and healthier credit and financial conditions, particularly in Dubai, said the report, released by the National Bank of Kuwait (NBK).
Growth in the total stock of bonds slowed to 8 percent year-on-year (y/y) during 1Q14, almost half its two-year average of 15 percent. Outstanding bonds declined by USD 3 billion to USD 254 billion, partly due to the maturing of USD 15 billion in Qatari sovereign debt, it said.
Weak non-financial private sector issuance was behind the modest performance in the first quarter of 2014. Of the USD 15 billion issued in the quarter, non-financial companies only contributed USD 1.5 billion, it said.
Meanwhile, the public sector, led by Qatar, experienced its strongest quarter in two years and accounted for two thirds of total issuance. Qatar’s ambitious development goals are expected to continue to feed issuance growth, it added.
Financial sector issuance remained healthy and on par with previous quarters. Its stock of debt grew to USD 67 billion, up USD 2 billion from the last quarter and USD 9 billion from a year ago, the report noted.
Global liquidity standards and balance sheet mismatches will continue to push issuance in this sector, not to mention the pick-up in GCC economic growth.
Authorities across the GCC are expected to continue to encourage the development of a deeper and more mature debt market, in part to enhance financial stability, according to the report.
New regulatory measures to be implemented in the coming year, including new capital adequacy rules and bank loan concentration limits, should encourage both public and private issuance, it added.
The average maturity of outstanding debt in the GCC edged higher to 5.9 years, thanks to new medium term issues by the public sector. The average life of public debt is currently estimated at 5.1 years, from 4.8 years. Non-financial debt retains the longest average tenor at 8.7 years, the report concluded.