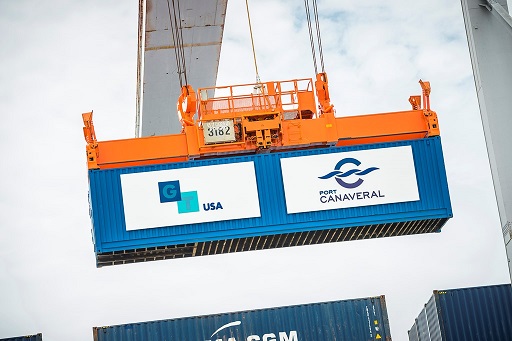 Gulftainer’s new Canaveral Cargo Terminal at Port Canaveral in Florida, USA, officially opened recently for business with a major launch ceremony attended by more than 300 local, state, and national public officials, alongside leaders of business and trade across the Florida region.

The new cargo terminal opening comes one year after Canaveral Port Authority signed a 35-year agreement with GT USA, the US arm of UAE-based global ports and logistics company Gulftainer, to operate and further develop the container and multipurpose cargo terminal. GT USA, which has established its headquarters at the Canaveral Port Authority offices, expects to contribute more than US$630 million to the local economy, creating 2,000 direct and indirect jobs when fully developed.

The ceremony was attended by HE Yousef Al Otaiba, Ambassador of the UAE to the USA; Jerry Allender, Canaveral Port Authority Commission Chairman; Badr Jafar, CEO of Crescent Enterprises & Chairman of Gulftainer’s Executive Board and Peter Richards, GT USA Chief Executive Officer and Managing Director of Gulftainer Group and other senior US & UAE officials.

The Canaveral Cargo Terminal, which begins operations with a TEU cargo capacity of 200,000 TEUs, has ambitious plans to triple capacity to 750,000 TEUs. An ideal gateway for container shipping to the central Florida market and beyond, the new terminal provides an excellent connection to central Florida’s bustling consumption centres and growing number of distribution centres