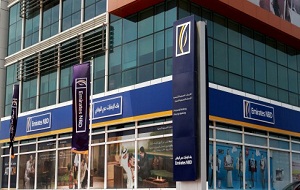 At the AGM, Emirates NBD Chairman, H.H. Sheikh Ahmed Bin Saeed Al Maktoum, presented a review of the year ended 31st December 2015. Commenting on the operating environment, H.H. said, “The UAE private sector economy has remained resilient in 2015, and with new projects being planned, from theme parks, hotels and infrastructure in the run up to Expo 2020, we can anticipate further healthy growth. The visionary leadership of the UAE government has introduced and implemented several initiatives, which will ensure sustainable growth in the UAE and reinforce its position as a major economic power in the region. In addition, our prudent and responsive monetary policy will hold us in good stead for continued growth and development.”

H.H. added, “We have a similar positive outlook at Emirates NBD, backed by a solid set of financial results with net profit up 39% to AED 7.1 billion for the first time in our history. Asset growth, an increase in income, a control on expenses and a significant improvement in the cost of risk have all contributed to our strong operating performance, with total income growing 5% to AED 15.2 billion. Despite a more challenging year for regional liquidity, the Bank’s balance sheet remains strong due to further improvements in credit quality, strong structural liquidity and robust capital ratios.”

Sheikh Ahmed Bin Saeed added, “Our Retail Banking and Wealth Management business has grown from strength to strength, with fee income growing 12% during 2015, driven by an increase in foreign exchange remittance and the credit card business. We have invested in technology to offer customers a new paradigm in retail banking, in terms of accessible banking solutions as well as an enhanced customer experience. We have strengthened and expanded our footprint in 2015 with Private Banking showing strong growth in its core segments across the Gulf countries and the Global South Asian segment. Wholesale Banking continues to upgrade its Transaction Banking systems and improve levels of straight through processing. In Global Markets & Treasury, system upgrades will support the Bank’s recent significant enhancement in product capability. Moreover, we have successfully completed the integration of the Egypt business onto Emirates NBD’s systems platform, which will enable us to expand our presence further. ”

Key financial highlights for 2015 included: Total income at AED 15.2 billion, up 5% compared with the prior year Net profit for 2015 of AED 7.1 billion, up 39% compared with the prior year Total assets up 12% at AED 406.6 billion Customer deposits up 11% at AED 287.2 billion Capital adequacy ratio at 20.7% Sheikh Ahmed Bin Saeed concluded, “Finally, I would like to thank Emirates NBD Group’s Board of Directors, members of the Executive Committee and employees for their continuous contribution and efforts towards our success in 2015. I also wish to thank our customers and shareholders for their continued support and trust.”