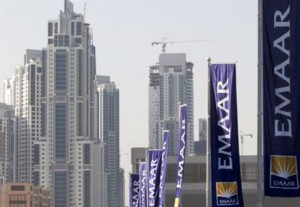 Mohamed Alabbar, Chairman of Emaar Properties, said the strong performance of Emaar has been underlined by the robust growth of Dubai’s economy, which is today a global hub for business and leisure, and a safe haven for investments.

“The growth vision of His Highness Sheikh Mohammed Bin Rashid Al Maktoum, UAE Vice President and Prime Minister and Ruler of Dubai, has led to tangible results, with all core sectors of the economy including aviation, retail, tourism, trade and hospitality recording outstanding performance. This has further energised Emaar’s growth, highlighted by the increased number of international investors in our projects, especially from new markets,” he said.

Mr. Alabbar added: “The increase in tourist arrivals to Dubai and the positive market sentiment have catalysed the growth of our shopping malls and hospitality business too, which contribute significantly to our recurring revenues. This year, led by our strategy to monetise key performing assets, expand to high-growth international markets and develop prime real estate assets in Dubai, we will continue to focus on delivering long-term value for our shareholders and in providing exceptional service standards to our customers.”

Strong recurring revenues
Emaar’s shopping malls and retail business contributed AED 863 million (US$ 235 million), over 38 per cent of Emaar’s total revenue in Q1 2014. This is 15 per cent higher than Q1 2013 revenues of AED 749 million (US$ 204 million). The Dubai Mall, Emaar’s flagship mall asset, welcomed nearly 21 million visitors in the first three months of the year.

Emaar plans to list up to 25 per cent of the Emaar Malls Group equity through a secondary offering of shares. The funds thus raised, estimated to be between AED 8 to 9 billion (over US$ 2.1 to 2.4 billion), will primarily be distributed as dividend to the company’s shareholders.

New launches, robust sales
Q1 2014 was underscored by several new project launches by Emaar in Dubai with strong investor interest from international markets. The value of total sales during the quarter is AED 5.917 billion (US$ 1.611 billion), 94 per cent higher AED 3.043 billion (US$ 828 million) sales during same period in 2013.

In international project sales, Egypt recorded strong increase in value at AED 546 million (US$ 149 million) during the first three months of the year. Significant investor response was also recorded for Emaar’s projects in Pakistan, with the value of sales in Q1 2014 at AED 235 million (US$ 64 million).

As part of its international expansion, Emaar signed a Memorandum of Understanding with Abdul Latif Jameel, Saudi Arabia’s leading business group, to develop integrated property projects in the Kingdom.

A glittering start
Emaar flagged off the year in spectacular style with the New Year’s Eve Gala in Downtown Dubai, which welcomed millions of visitors. Downtown Dubai also hosted the 6th Emirates Classic Car Festival, and the inaugural Dubai Festival of Lights, organised in partnership with the City of Lyon’s Festival of Lights (Fête des Lumières de Lyon), further driving tourist arrivals to ‘The Centre of Now.’

Continuing to win top honours at international awards, Armani Hotel Dubai was crowned as the ‘World’s Leading Landmark Hotel’ at the World Travel Awards, while the 10th Annual Global Traveller’s ‘Reader Survey Awards’ honoured The Address Hotels + Resorts as the ‘Best Hotel Chain in the Middle East’ and The Address Downtown Dubai as ‘Best Hotel in the World.’