The Roads and Transport Authority (RTA) has agreed a deal with Dubai Electricity & Water Authority (DEWA) and Emaar Properties to organise the Dubai International Project Management Forum (DIPMF) for a further three years. 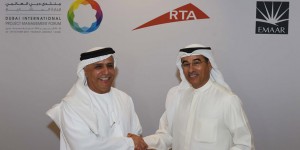 Starting from the next edition in 2017, the Forum will see the decoration of winners of the Hamdan bin Mohammed Project Management Innovation Award.

The MoUs culminate the successful partnership between the RTA, DEWA and Emaar Properties over the past three editions of the event which was held late last month at Madinat Jumeirah and attended by more than 2,000 delegates.