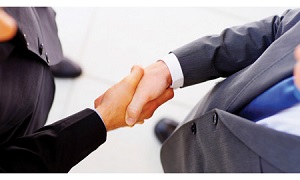 The Department of Economic Development – Abu Dhabi, ADDED, has signed a cooperation agreement with SENAAT, an Abu Dhabi based industrial investment holding company, and 60 government institutions, semi-governmental bodies of departments, agencies and organisations with the aim of cooperation and coordination between all parties on the Abu Dhabi Projects Programme.

The Abu Dhabi Projects Programme contributes to community awareness of the future orientations of the government, which helps them in the selection of academic disciplines, as well as creating transparency in projects, which enhances the work environment and the competitiveness of the Emirate of Abu Dhabi.

The agreement was signed today at the Abu Dhabi Economic Media Club, by Mohammed Omar Abdullah, Under-Secretary of the Department of Economic Development and Suhail Mubarak bin Athaeeth, CEO of SENAAT, in the presence of a number of senior officials from both sides.

The Under-Secretary said, “The Department of Economic Development is working on the establishment of an integrated database within the Abu Dhabi Projects Programme, which includes information about the strategic and investment development projects, on which the Government of the Emirate of Abu Dhabi and the private sector are working to implement to serve the Economic Vision 2030 with the contributions of government departments and agencies, bodies wholly or partly owned by the government, the private sector and the community.

He explained that the programme aims to record data of major projects, large and small, whether in the study phase or phases of implementation or in various stages of development in a single database, so when completed it will allow the identification of many of the practical aspects of the vision 2030 of the Emirate of Abu Dhabi.

For his part, Mr. bin Athaeeth commended this strategic programme, which aims to unify the database of the Emirate’s development projects and puts them onto a single platform that will serve the strategic plans implemented by the wise Government of the Emirate as well as the private sector representing local and foreign investors.

He stated that the implementation of this programme requires a combination of all the efforts of governmental and semi-governmental organisations and the private sector so as to contribute to building an integrated system of development projects that will contribute to directing investments and enhance the role of the private sector in achieving the goals of Abu Dhabi Economic Vision 2030.

According to the agreement, the parties will follow the mechanisms in order to achieve the desired goal of the project, where SENAAT will enter, review and update the data of strategic and investment projects of their body in the Abu Dhabi Projects Programme.