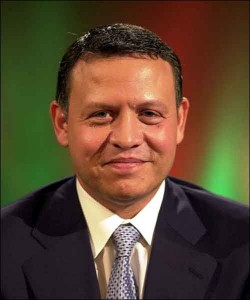 His Majesty King Abdullah II of Jordan, on Saturday, met with German Foreign Minister Frank-Walter Steinmeier, and discussed with him German-Jordanian relations and a number of Middle East issues.

King Abdullah stressed the need to further cement ties between the two countries and referred to his recent visit to Germany and meeting with its leaders.

The meeting also touched on efforts to combat terrorism and terrorist groups through a holistic approach. The King of Jordan and the German minister called on all stakeholders in peacemaking to set the ground for the resumption of peace talks between the Palestinians and Israelis.

Steinmeier voiced his country’s appreciation of the King’s efforts to advance ties between the two countries and to maintain constant coordination and consultation on various regional and international issues.