National Bank of Ras al-Khaimah (RAKBANK) has named Peter England, previously a senior banker at Malaysia’s CIMB Group, as its new chief executive, the bank confirmed in a statement on Sunday. 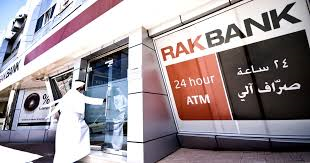 Reuters reported last month that England, who was the head of retail financial services business at CIMB, would replace current CEO Graham Honeybill, citing sources familiar with the matter.

Honeybill had initially been due to retire in July and be replaced by Ian Larkin, a former managing director of Lloyds TSB Commercial Finance, but Larkin quit before formally taking up the role, sources told Reuters in May.

RAKBANK was one of the two banks named in a massive global bank card fraud in May which saw nearly $45 million stolen from the UAE lender and Oman’s Bank Muscat.