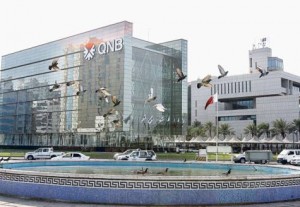 The US economy remains balanced on a tight rope between higher growth and tighter policies and this was reflected in the GDP figures for the first quarter of 2014, which were released last week, said Qatar National Bank Group (QNB) in its weekly analysis.
While the headline number showed the US economy growing by 0.1% in Q1 on an annualized basis, well below consensus expectation of 1.2% possibly owing to temporary factors such as bad weather, a deeper look at the numbers helps reveal the underlying drivers of growth. Overall, we expect growth to remain below 2.0% in 2014 as tighter macroeconomic policies are likely to outweigh the recovery in the private sector, said QNB in a press release today.
An important factor in US GDP growth for the last couple of years has been the stance of macroeconomic policy. Following the 2008 crisis, US policymakers responded aggressively on the monetary side by slashing interest rates to near zero and embarking on an unprecedented program of Quantitative Easing (QE); and on the fiscal side introducing a stimulus package. However, fiscal policy began to tighten in 2012-13, leaving monetary policy to do the heavy-lifting on its own. This introduced a fiscal drag on growth as the government spent less and introduced more taxes.
In 2013 for example, the fiscal drag was estimated to be around 1.5% of GDP. Despite that, real GDP grew by 1.9% suggesting strong underlying growth from the private sector. If the private sector continues to perform strongly in 2014, when the fiscal drag is projected to be only around 0.5%, then we should expect above-trend growth. But is the private sector likely to continue its performance? Two items are worth considering. The first is the growth of consumer spending, which accounts for almost 70% of US GDP. This was directly impacted by the fiscal tightening in 2013 as consumers faced a USD200bn payroll and income tax hike, lowering the growth rate of their disposable income. As this effect disappears in 2014, this should provide positive impetus to the economy. Moreover, as labor market conditions improve and household wealth increases, this should add further tailwind to consumption growth.
The second important item is the housing market. This has favorable fundamentals as the excess supply of housing built prior to the crisis in 2008 has been largely unwound. As a result, the market saw a strong recovery in the first half of 2013 only to experience a reversal following the 100 basis point increase in mortgage rates after the US Federal Reserve announced its intention to taper the QE program. More recently, it has shown renewed signs of weakness as new home sales declined by 14.5% in March 2014. It remains to be seen whether housing will drive or drag private sector growth going forward.

Notwithstanding some positive signs in the economy, a significant downside risk for the rest of the year is the impact of the current QE tapering and the possible early increase of short-term interest rates. If this were to manifest itself through higher long-term bond yields and, consequently, higher mortgage rates, this could further weaken the housing market and the construction sector as it did in the latter half of 2013.

It would also affect consumers through wealth effects by lowering equity and housing prices. If these effects prove to be large enough, weaker private consumption and investment could lead to below-trend growth even as the government reduces its fiscal drag.

Overall, the US economy is walking on a tight rope between an incipient recovery and a tightening of macroeconomic policies. If private sector activity continues to grow rapidly, despite the fiscal drag and tighter monetary policy, real GDP growth could reach 2.0%-2.5% in 2014. However, the risk that QE tapering derails this momentum is significant, suggesting a lower growth rate is likely to materialize.